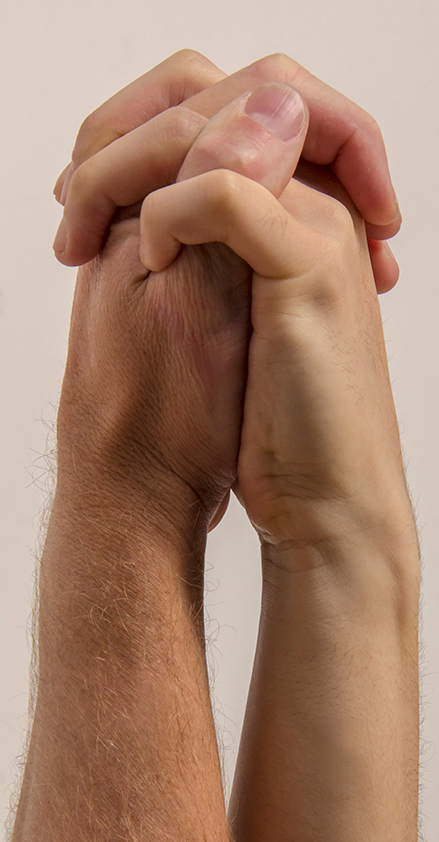 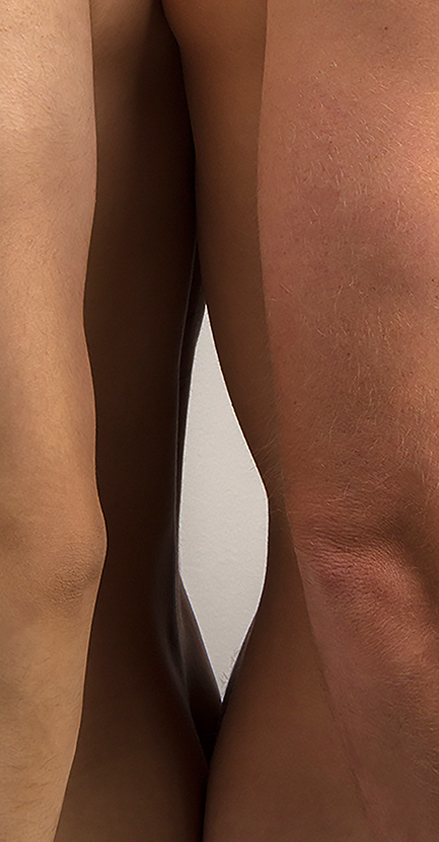 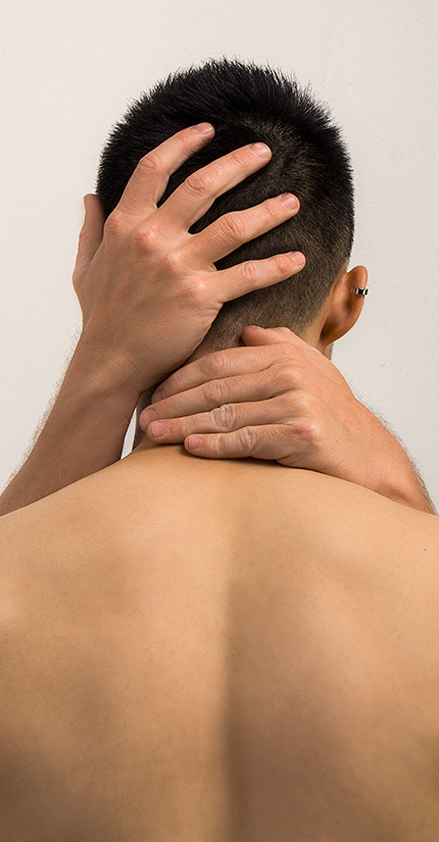 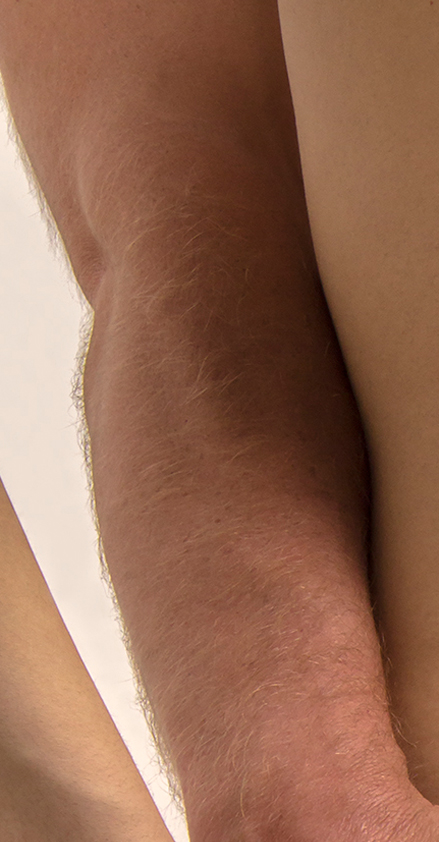 Foreign Affection (2017) is a series of self-portraits that reflects on Andrew Wu’s experience of migrating to Australia from China. In his work he critically responds to the social issues currently impacting the Australian queer community. While same-sex relationships are acknowledged, the debate concerning marriage equality continues. In this work, Wu wants to highlight that love, intimacy and affection are universal, connecting the conventional divisions between gender and race. He portrays himself as ‘a nude’ alongside another anonymous ‘male nude’. Their poses perform a physical bond between two people of the same gender to challenge conservative views of same-sex and interracial lovers.