The war-scene is approximately so far, 2017 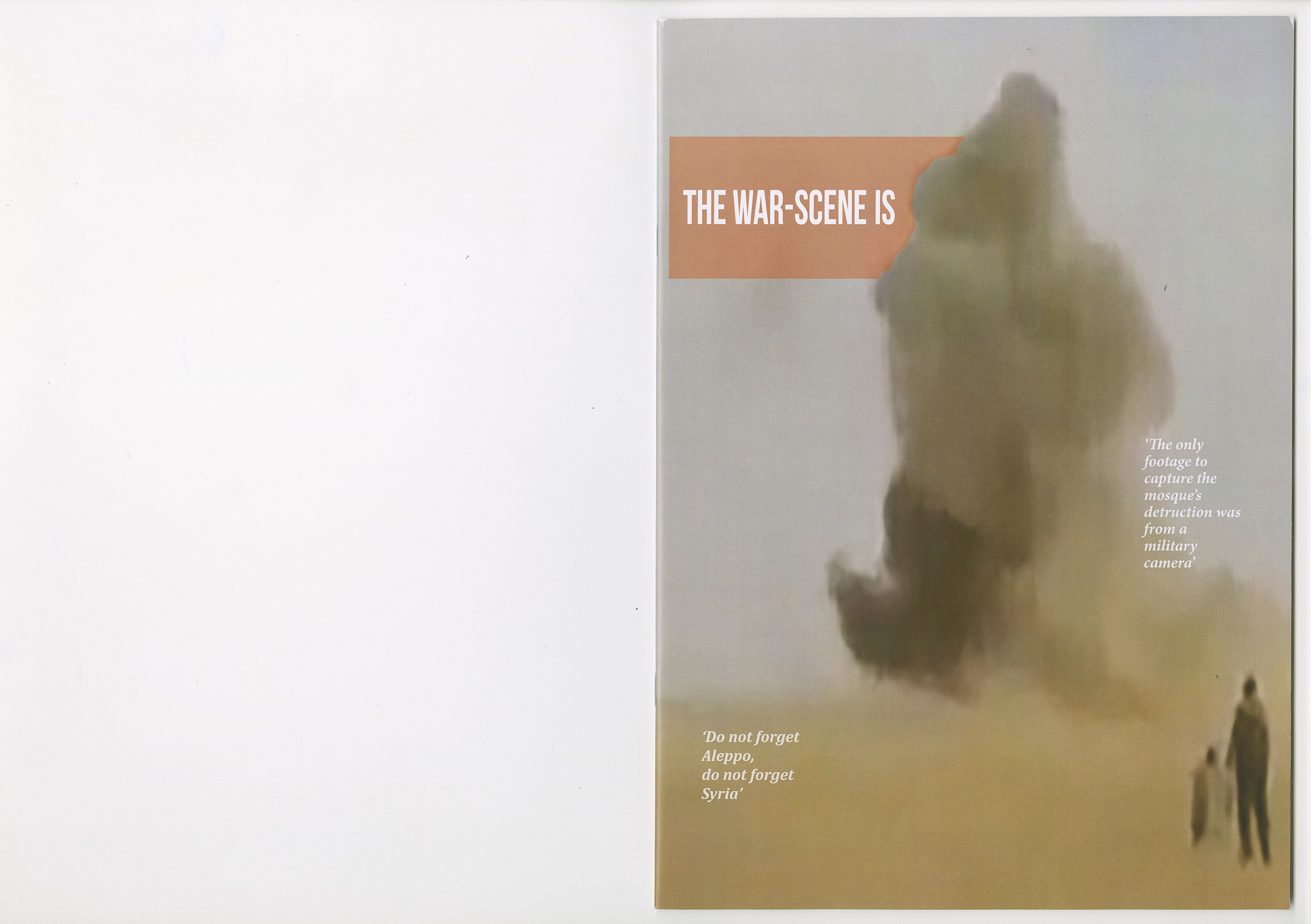 In the current conflicts in Iraq and Syria – online distribution platforms are continuing to expand and become democratised – while media establishments are simultaneously restricted. This has resulted in the eyewitness contributing greater quantities of imagery. However, due to physical distance, combined with the use of lower resolution portable devices, the image produced is left degraded and subsequently overlooked by the wider visual culture depicting conflict. The war-scene is approximately so far presents a virtual reality reconstruction of an art gallery, the site of a recent assassination (Andrei Karlov, 16 December 2016), and an accompanying faux news magazine. By appropriating these mediums, a virtual and tangible space is created for the spectator to consume the degraded eyewitness image and re-establish the context for the event the image depicts. Whilst the eyewitness documents the event, restrictions on the reception of eyewitness images has caused greater political distance between the spectator and the witness. This work critically explores how the spectator can interact with existing and emerging platforms that mediate our experience of viewing conflict in order to strengthen the relationship between the spectator and the distant eyewitness. 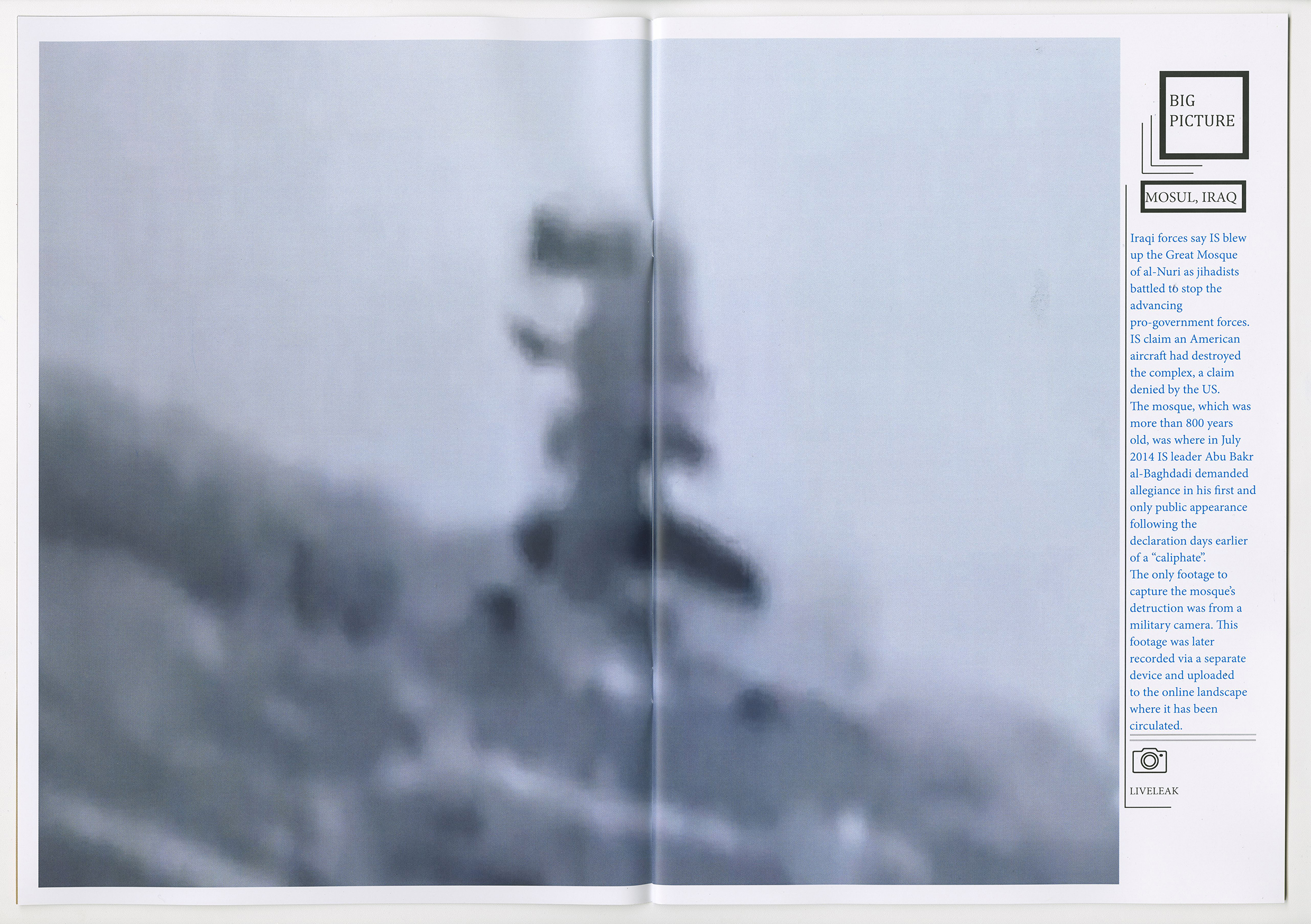 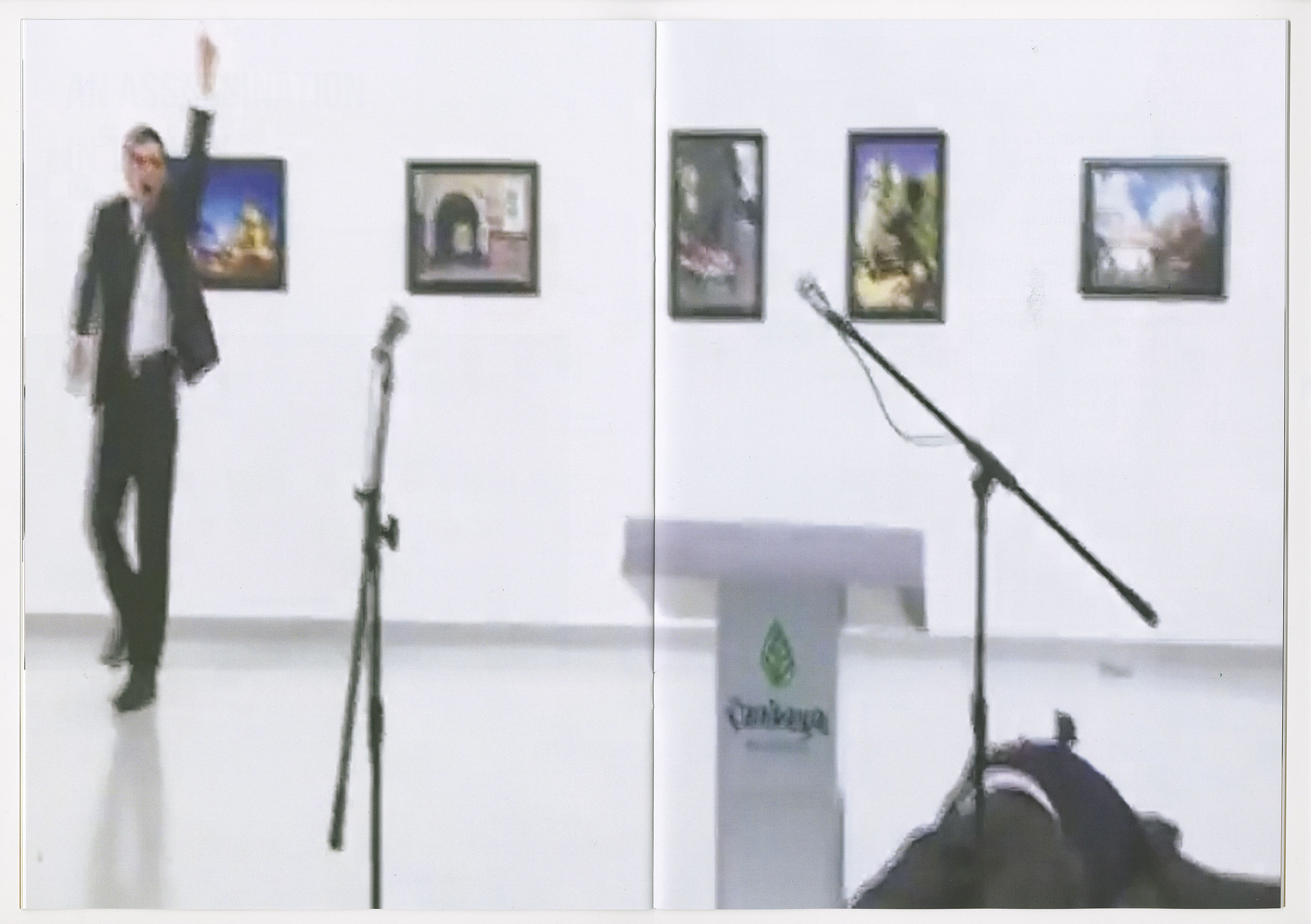 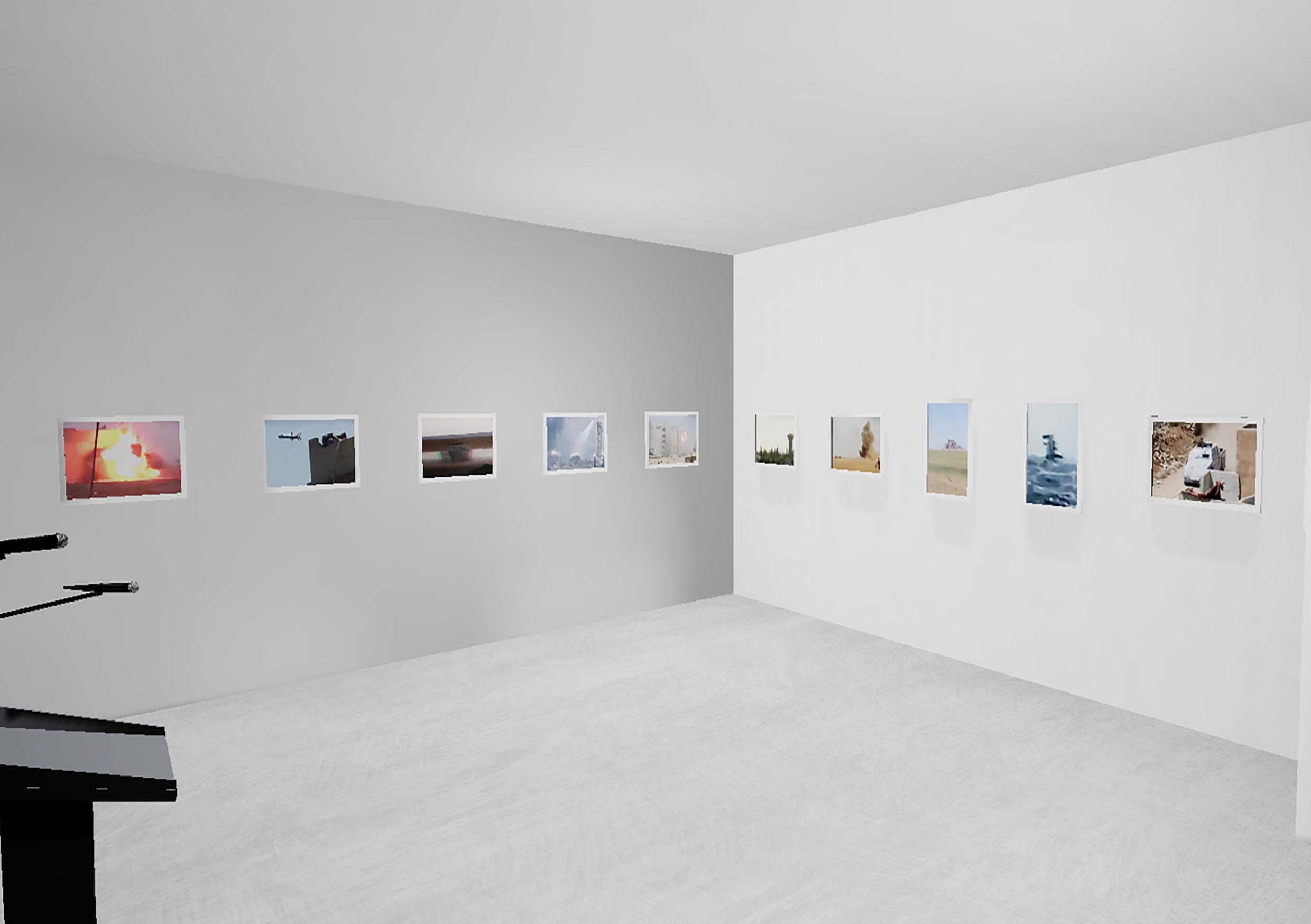 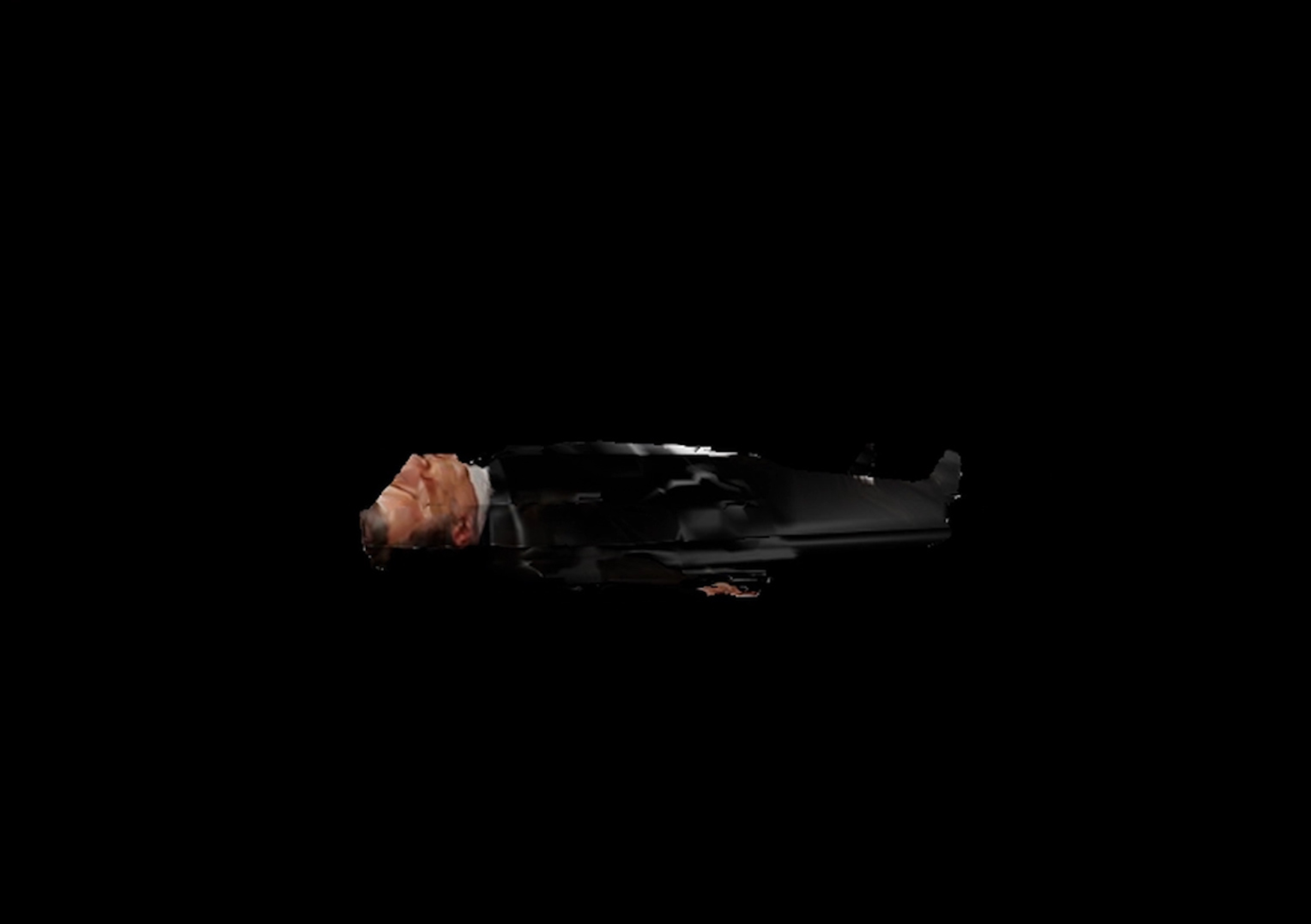 A scene of approximation, 2017
Digitally rendered gallery within a virtual reality platform
N.B. This is one perspective of a 360˚ VR experience

A scene of approximation, 2017
Digitally rendered gallery within a virtual reality platform
N.B. This is one perspective of a 360˚ VR experience